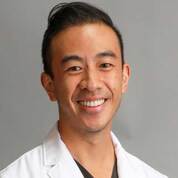 Dr. Jeffrey Tjan, DDS was born Cleveland but was raised in Indiana. He decided to become a dentist because his childhood dentist made an early impact on his life, and later served as his mentor and helped foster an interest in providing lifetime dental care to patients. Dr. Tjan completed his undergraduate degree at Indiana University, where he also received his DDS degree. After completing dental school, Dr. Tjan decided to move to Austin to escape the midwest winters and to be a little closer to his family. Dr.Tjan 's hobbies include traveling, exercising, building computers, working on his golf game, exploring the many food options in Austin, and cheering on Cleveland sports teams.

Meet Our Other Doctors

At Rose Dental Group, we work as a team to provide the best possible experience in dental healthcare.